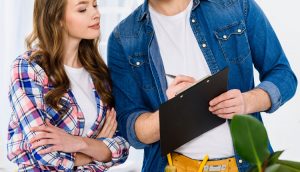 We are also perfectly capable of scheduling and coordinating specialized third-party inspection services such as Pool Inspection, Asbestos Testing, and Lead Testing. We can arrange for these services to take place on the same day as your home inspection, saving you from the headache of having to coordinate several different specialists yourself. Contact us today to request your Bergen County NJ certified home inspection!

Garfield is a city in Bergen County.  As of the 2021 census it has a population of 32,469. When the area that is now Garfield was first developed in 1873 by Gilbert D. Bogart it was called East Passaic.  In 1881, in the name of great patriotism, the name was changed to Garfield to honor President James Garfield.  Although Garfield was assassinated in that same year, the name remained.  The borough of Garfield was incorporated in 1898 and then in 1917 it became the city of Garfield as the result of a referendum.  Garfield is bordered by the Bergen County municipalities of Elmwood Park, Lodi, Saddle Brook and South Hackensack.